Portable appliance testing commonly known as PAT is used to describe the examination of electrical appliance checking that they are still safe to use. These tests include visual examination and then on to testing which may discover possible faults that cannot be identified by just simply looking at the appliance. The methods of testing are dependent on the type of appliance being used and the environment in which it is used.

Portable appliances are appliances that can be moved. They can be connected or disconnected from a power supply. They will generally have a lead and plug. A plug is a constant source of problems for electrical appliances and needs to be visually checked and tested along with the appliance itself. Examples of portable appliances are kettles, vacuum cleaners, fans, heaters, irons and toasters. It can also include larger items such as fridges, photocopiers, fax machines and desktop computers. Mains leads and extension leads are sometimes overlooked but these also fall into the portable appliance category.

There are many laws regards health and safety in the workplace but the most notable that would apply to portable appliance testing would be The Electricity at Work Regulations 1989 this instructs that any electrical equipment that has the potential to cause injury is maintained in a safe condition. However this doesn’t specify the testing that has to take place or how often it is to take place. Therefore legally it does not set out a time-scale to which appliances are to be tested it just requires them to be maintained in a safe condition.

New equipment should be supplied in perfect working order therefore no testing would be needed straight away however it is always best to perform a visual check of the appliances in case of damage during delivery or at any other time between the manufacturing stage and the reception of the appliances that has not been noticed.

The short answer is no, portable appliance testing is not compulsory, however the law requires the employer to maintain the appliances to ensure safety for their workers. Therefore employers are liable for any faults that occur whenever their appliances are not correctly maintained and could be found liable for their negligence.

Who can do the testing?

Again this depends on the type of appliance in many cases it does not require an electrician or a well qualified individual. Visual inspections for example could be carried out by a competent member of staff. It has been quoted by Health and Safety Executive that visual inspections can find more than ninety percent of the faults.

When carrying out complex tests of certain appliances using specialist equipment it would be advisable to use a well-trained member of staff or outsource to a testing company. This may come of cost to the employer but in the long run could prove cost efficient preventing a costly law suit.

The risk based approach.

Advising the staff who use the equipment potential dangers can be noticed outside of official testing. Visual checks are an important start to the testing and can pick up a majority of the faults. It is still important though at specified intervals to formally perform portable appliance testing to pick up the faults that cannot be noticed through users noticing or through organised visual checks.

It is essential that employers that they do not forget or refuse to carry out portable appliance tests as a fault that is not recognised goes on to harm staff could result in an extremely expensive lawsuit through corporate negligence. 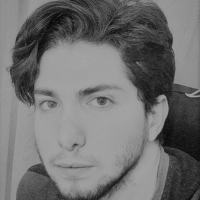