No matter your preferred power source for the string trimmer (electricity or gas), you’ll still have to decide whether you should get yourself a straight or curved model.

The two styles of string trimmers, straight and curved, differ in more than just their looks. While many experienced gardeners already know which style works best for them, most newbies often end up confused and don’t know whether they should go for a curved-shaft or straight-shaft trimmer.

The good news is that both styles are more than capable of getting the job done. However, the kind of trimming you want to perform, as well as the needed level of comfort during operation, should definitely play a role in the dilemma called straight-shaft vs curved-shaft trimmer. And to make the right decision, you’ll have to know all about the differences between these two types.

In this article, we’ll be comparing a straight vs curved trimmer in a number of categories, with the ultimate goal of helping you learn more about these types so that you can make an informed decision.

As their name suggests, curved (also known as arched) trimmers are the ones whose lower ends use a curved shaft design, and that’s precisely what makes them so well-balanced. In addition, they are typically smaller and more compact than straight-shaft trimmers, which also makes them easier to carry around and store away.

Curved-shaft trimmers are great for trimming tasks that need to be done in small to medium-sized yards. This is because they’re easier to use and don’t require as much effort on the user’s part. In addition, curved-shaft trimmers need less maintenance as their construction isn’t as complicated as that of straight-shaft trimmers. A vast majority of these machines use 2-cycle motors that aren’t as big and complicated.

While curved-shaft trimmers provide better control and balance, they have a shorter reach than many straight (also known as upright) trimmers. Due to its shorter shaft, a string trimmer of this type won’t be able to reach all those inconvenient spots.

In addition, the battle of power between upright-shaft vs curved-shaft machines of this type has a clear winner – it’s the straight trimmers. In other words, a curved-shaft trimmer is rarely the best option for heavy-duty trimming projects.

The Pros of Curved-Shaft Trimmers

The Cons of Curved-Shaft Trimmers

Straight-shaft trimmers sport a more standard string trimmer design. The main reason behind the fact that they’re significantly more popular than the curved trimmers is simply because they’ve been around for longer.

As the name suggests, a string trimmer of this type will sport a straight-shaft construction. This straight shaft will, in the vast majority of cases, be significantly longer than the one found on arched trimmers. Obviously, this translates to a longer reach, but also turns the straight-shaft trimmers into a better choice for taller people – they don’t have to bend as much.

As we already said, the battle of power between straight vs curved trimmers has straight-shaft models as the winners. These machines are often equipped with 4-cycle motors and have enough power to tackle large trimming projects. However, this kind of design makes them heavier, less maneuverable, and more difficult to control.

Another important thing to mention here is that straight shaft trimmers tend to come at a higher price than models with curved shafts. Therefore, they’re not the best choice for homeowners looking to save some money.

The Pros of Straight-Shaft Trimmers

The Cons of Straight-Shaft Trimmers

Deciding whether you should buy an arched-shaft or a straight-shaft string trimmer should depend entirely upon your personal needs.

A lot of professionals prefer to have both types of string trimmers since they’re ideal for different situations. However, if you need to buy just one type, make an informed decision by learning everything about their key differences:

Straight-shaft vs curved-shaft string trimmers sport a different design – one weed eater is straight while the other has a distinctive curve.

As its name suggests, a straight-shaft trimmer is straight from the cutting head to the hand. A trimmer of this type is always manufactured with maximum reachability in mind.

Most straight-shaft models feature 4 or 2-cycle engines. Obviously, 2-cycle straight-shaft string trimmers are less popular – most people buy these machines because they need something a bit more powerful than your standard arched trimmer.

A curved-shaft string trimmer, on the other hand, will have a distinctive bend right before its cutting head, at the far end of its shaft. The purpose of this bend is to make the string trimmer easier to balance and control.

Unlike most upright trimmers, a curved-shaft string trimmer will typically sport a 2-cycle motor. While these generate less torque, they still provide the user with enough power to deal with most of the less-demanding trimming jobs. Another thing that turns these trimmers into the best choice for smaller yards is that their less-potent engines also make them lighter and more comfortable to operate.

As we said above, the extra reach and versatility that come with straight-shaft trimmers also result in a downside – they’re heavier than the curved-shaft trimmers. This extra weight is the direct result of a larger 4-cycle motor that is often found in a straight trimmer.

Curved units, on the other hand, use smaller engines and shorter shafts, which is precisely why they’re typically much lighter. The extra length of the straight-shaft model, as well as its use of a larger engine, makes it harder to control and balance. The weight of a curved-shaft string trimmer feels more balanced and evenly distributed.

Even though the actual weight of a trimmer mostly depends on the brand and specific model, most upright trimmers weigh between 10 and 20 pounds. Their curved counterparts, on the other hand, rarely weigh more than 10 pounds. This smaller weight makes them ideal for older people who don’t want to experience fatigue during regular yard maintenance.

Besides the already-mentioned distinctive bend found in an arched trimmer, another obvious difference between these two types is their length.

As we already said, straight units are designed to cut easily around obstacles and to provide their users with a longer reach. This is why most of them feature long shafts. Obviously, the actual length depends on the specific brand and model, but most units are typically around 60” long.

A curved trimmer, on the other hand, sports a significantly shorter shaft. This is because these machines are built to offer more balance and control rather than to offer a precise, long reach. A trimmer of this type will have a shaft that is rarely longer than 50 inches.

The drive cable (also known as the drive chain) is among the most vital components of the string trimmer. This is the part that transfers power from the unit’s engine to its cutting head. The drive cable has to perform well for maximum cutting efficiency.

Arched and upright trimmers do not differ that much when it comes to their drive chains. The design and quality of this part mostly depend on the specific brand and model of a particular trimmer.

Straight trimmers, however, have no bends on their drive cables and that’s precisely why the drive cables found in these machines last longer than the ones present in curved units. While the bent design of curved units doesn’t affect the performance of the drive chain, it does affect its durability.

Both of these two types of trimmers were designed to be used for the same tasks. However, the differences in their construction, as well as the features they come with, make them excel in different applications.

For example, a straight trimmer is the best choice for those situations when you need to trim around rockscapes or under various obstacles. In addition, they are ideal for trimming edges on lawns.

Curved units, on the other hand, are ideal for dealing with weeds located along the borders, but they also work quite well when it comes to trimming in hard-to-reach places. An important thing to point out here is that straight units can do everything their arched counterparts can do equally good and sometimes even better, but the opposite isn’t true.

If you are one of those homeowners who needs a trimmer for simple around-the-house light-duty trimming jobs, you can’t really make a mistake by going with an arched model. Straight-shaft units are much more suitable for heavy-duty commercial use and homeowners with larger gardens.

In terms of versatility, it’s pretty obvious that the upright units provide their users with more multi-functionality. This is because they can do everything that their arched counterparts can and sometimes even better.

However, what truly makes these machines so versatile is the fact that they are capable of accommodating many convenient accessories. In other words, they can be used for a lot of different gardening projects.

A lot of expensive, top-notch straight trimmers will come accompanied by some of these handy accessories, one of which is the interchangeable trimmer head. In addition, their design allows users to hold them at different angles so that they can use them for tasks such as hedging.

Curved trimmers are very good at regular trimming and can be of great help in various situations, but their design undoubtedly limits their versatility. Therefore, one is hardly able to utilize this type of trimmer for anything else besides standard weed cutting.

The last difference between these two types of trimmers we’ll analyze is the price they come at.

As you can probably already guess, the price mostly depends upon the brand you choose to go with. A lot of companies that manufacture and sell these machines make them in a variety of builds, some of which are feature-rich and some of which are not, in order to suit all types of customers.

In general, straight-shaft units tend to cost more than their curved counterparts simply due to their robust construction and powerful engines. In fact, a lot of these machines cost more than double what you’d pay for an arched unit manufactured by the same company. However, on average, straight trimmers are about $100 more expensive.

Straight-Shaft vs Curved-Shaft Trimmers – The Verdict

Buying a straight-shaft or a curved-shaft trimmer is all a matter of personal preference – it’s as simple as that. Different people have different needs, and in case you’ve already had a chance to work with both types of trimmers, you know which one works the best for you.

All the differences we’ve listed above prove that straight-shaft trimmers are usually the better choice for folks who need something a bit more robust and versatile. Curved string trimmers, on the other hand, are the best option for homeowners who don’t want to spend a lot of money and only want a lightweight, reliable machine for light trimming applications.

Read also our review of the best electric trimmers. 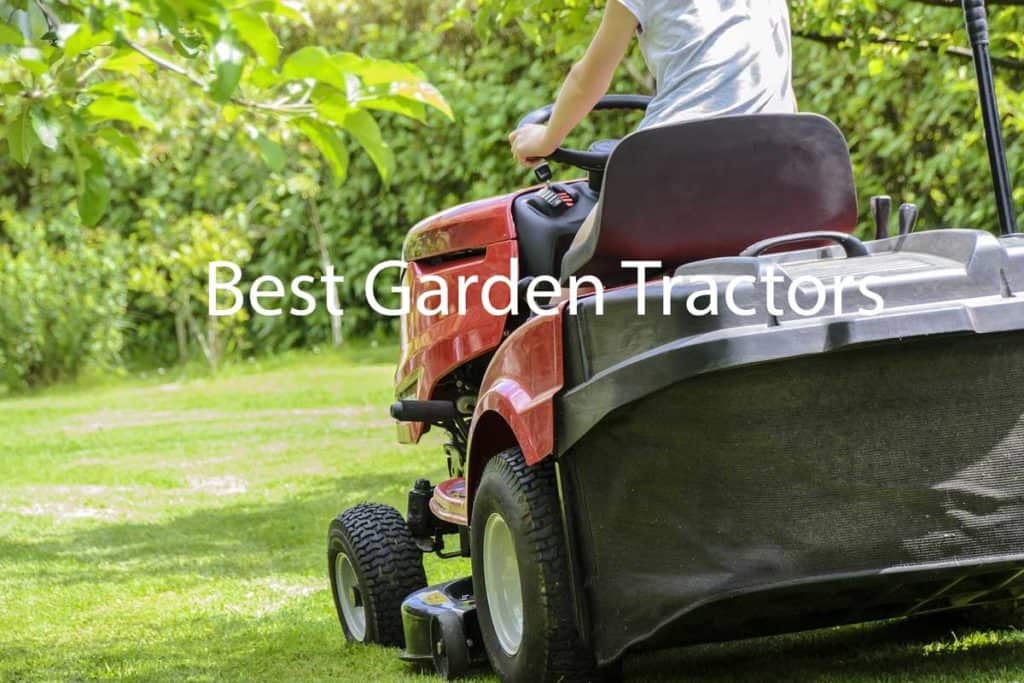 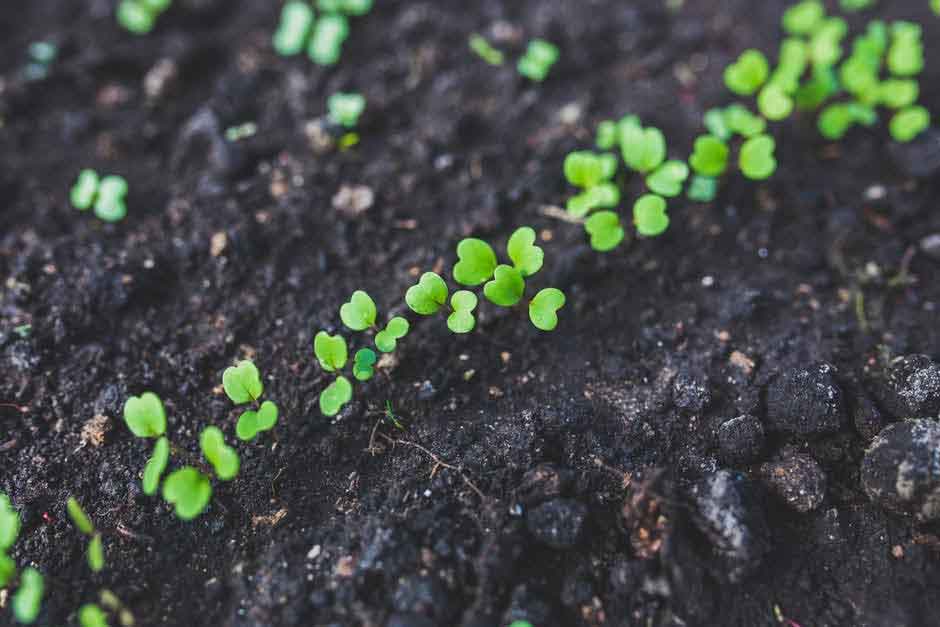 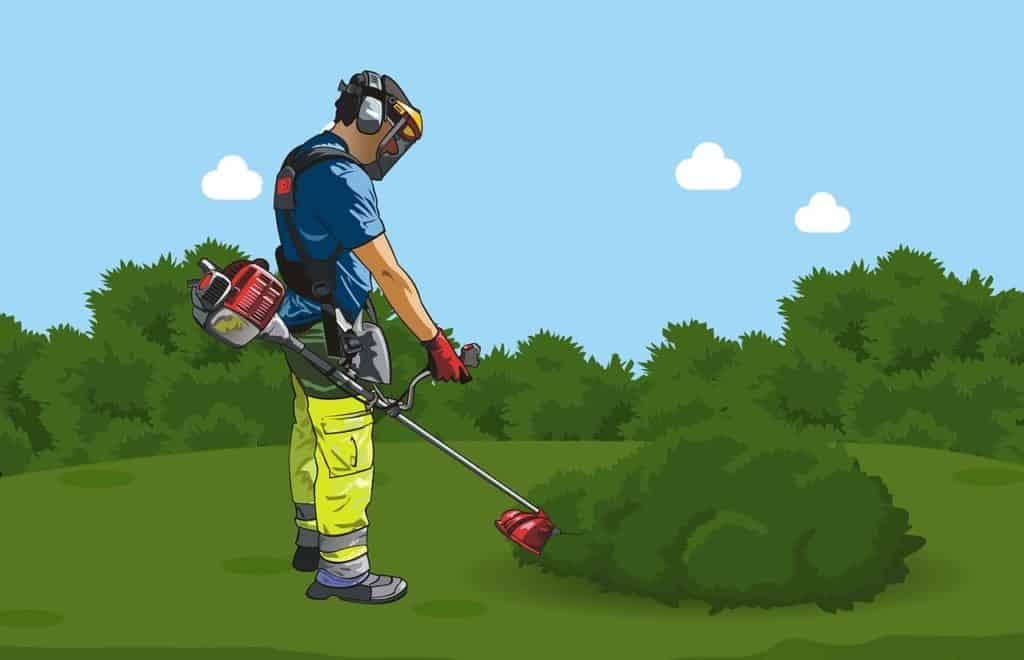 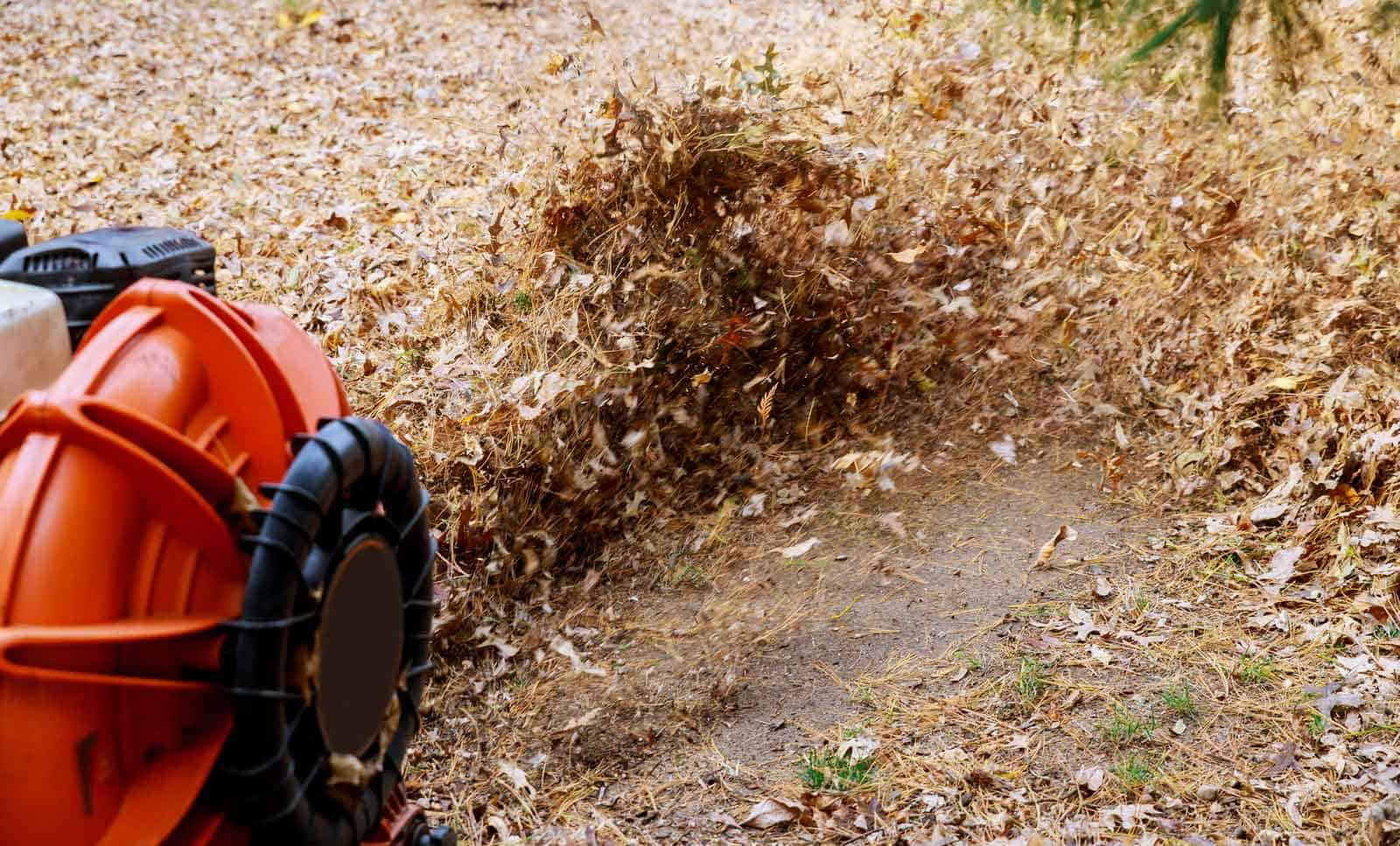 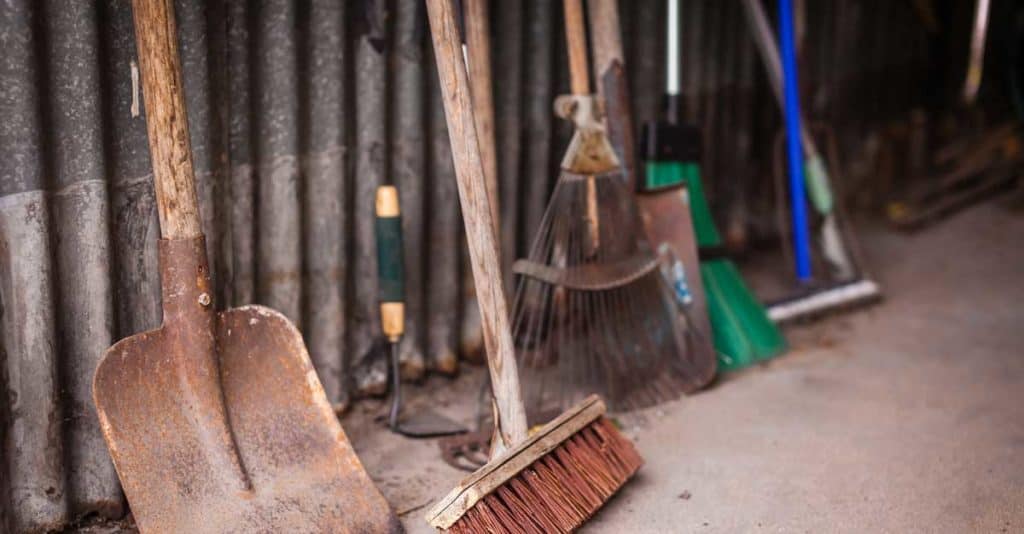 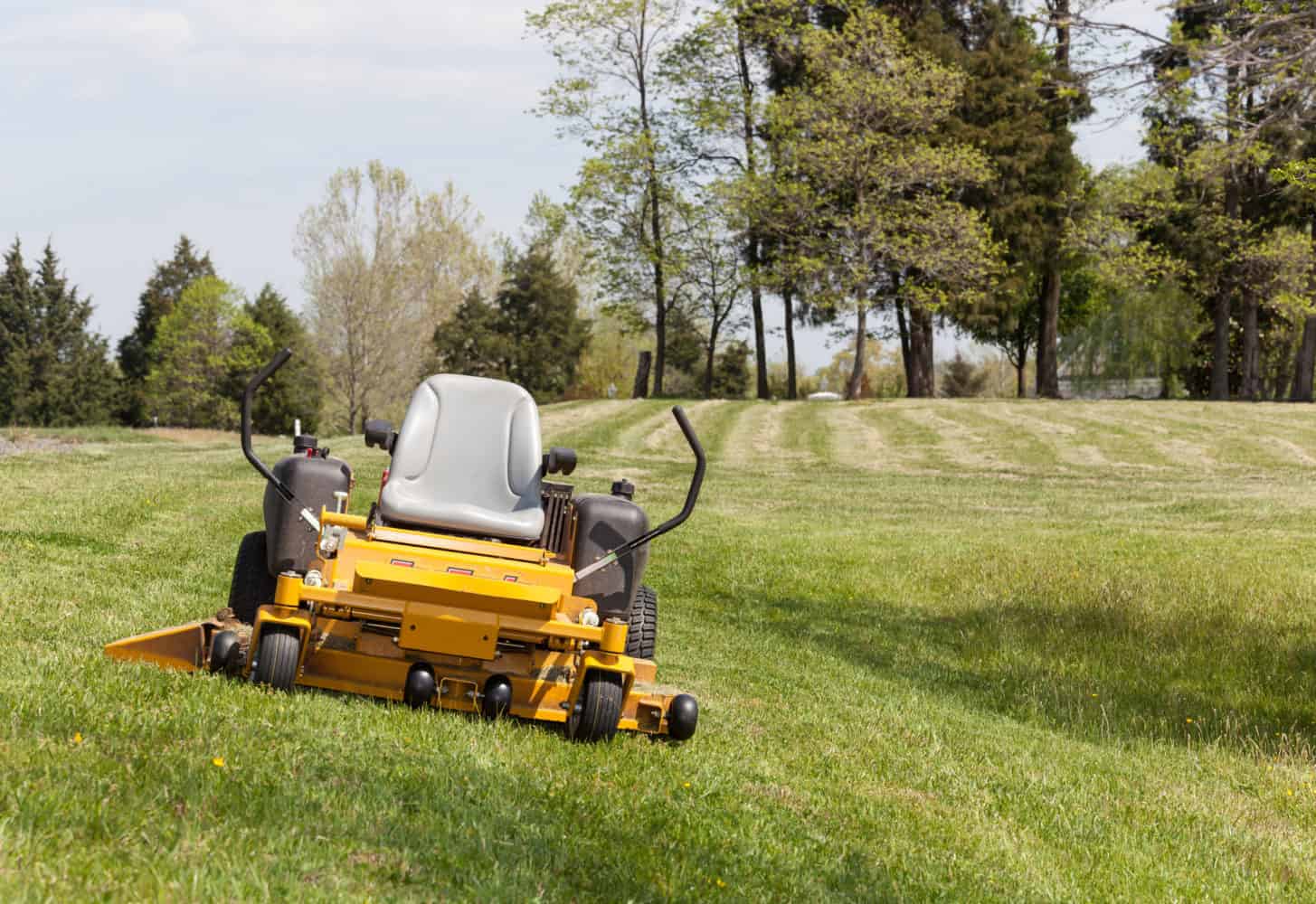