Is your ceiling fan acting wobbly and rattling all the time? If that’s the case, you’re probably wondering why is that happening and how can you fix it.

There are a number of reasons that can cause this convenient device to start wobbling and rattling. Believe it or not, this doesn’t occur only with older models, but also with modern fans. What’s the cause behind it? Can it be fixed at all?

To answer the question from the title – are fans supposed to wobble – yes, they are, but only slightly. A slight wobble of the ceiling fan blades, while they’re in operation, is a completely normal occurrence. When a ceiling fan is used at higher speeds, this kind of movement can even increase.

However, a ceiling fan that wobbles quite a bit regardless of whether it’s used at low or high speeds is definitely a major cause for concern. This kind of issue can pose a significant safety risk and should be thoroughly investigated. The most common culprit behind this problem is the unbalanced fan blades.

Here are a few other issues that can cause a wobbling ceiling fan:

In this article, I’ll be taking a closer look at all of these problems and help you learn how to check for them as well as how to repair them. Keep reading!

A Wobbly Ceiling Fan: How to Diagnose & Re-Balance

Use a Balancing Kit

Most ceiling fans come accompanied by convenient balancing kits. If yours didn’t arrive with one, you’ll be pleased to know that a balancing kit can also be purchased separately.

To use this kit, you will first have to remove the plastic clip and every small weight from the packaging.

As time goes by, ceiling fans start accumulating dust. This takes place both on the inside of the motor housing and on the fan blades.

While this may sound like an exaggeration, all that dust eventually starts putting a lot of strain on the engine of the ceiling fan. This is especially true for older ceiling fans.

And if the blades of this appliance become particularly dusty, an imbalance is bound to take place – the unit’s center of gravity will be thrown off.

Fortunately, fixing this is as easy as it gets. All you’ll need to do is thoroughly wipe the inside and the outside of the motor housing, as well as the blades themselves.

For this task, I would recommend using a dry microfiber cloth. Keep in mind that you’ll probably have to detach your fan’s motor housing from the ceiling in order to be able to clean it properly.

Once you’ve thoroughly cleaned your fan’s motor housing and the blades, reassemble the appliance and turn it on. If the wobble is still there, get your balancing kit and follow the steps described in the paragraphs above.

The culprit behind a wobbly ceiling fan can also be a blade that has become bent or warped in some way. This usually takes place when a ceiling fan is installed in a very humid room, or when it’s running all the time without stopping.

To find out whether this is the problem, you’ll have to detach each of the blades by removing the screws that are holding them in place. Lay all of your fan’s blades on a flat surface, side by side.

Take a good look at every blade and determine whether all the blades are laying flat on a surface. One thing that can be very helpful here is placing the blades on the edge of a table – doing so will assist you in noticing potential gaps between the surface and the blades.

If you do notice a gap, your blade is warped. You won’t be able to rebalance your ceiling fan without replacing the damaged blade.

The annoying ceiling fan wobble can also be caused by broken blades. When one blade becomes broken, the fan’s center of weight will be shifted to the opposite side of that same blade. It goes without saying that it’s very easy to recognize broken blades.

To take care of this problem, start by turning off your wobbly ceiling fan and examining all of its blades. You will have to look for signs of cracks and general distress on each blade. I would recommend using a flashlight – it will assist you in finding these fractures more easily.

Obviously, having cracked blades on a ceiling fan is not normal – they’re making the fan wobble and need to be replaced as soon as possible.

If you’re lucky, the culprit behind your ceiling fan wobble issue will be one or more loose screws. When they’re loose, screws can prevent ceiling fans from working correctly, i.e. they can prevent the blades of these devices from rotating as they should.

What is more, screws that are not properly fixed can cause the ceiling fan to fall off, and this can be extremely dangerous. That’s one more reason to repair this kind of problem sooner rather than later.

The first thing you’ll have to do here is to climb a ladder and determine whether any of the screws holding the blades in place are loose. Check for looseness by grabbing one blade after another and moving them slightly.

You can also take a tape measure and measure the distance between each blade and the ceiling and check for looseness in that way. Ceiling fans that are installed properly will have all of their blades equally distant from the ceiling. If one of the blades is closer or further away from the ceiling, its screws probably aren’t tightly secured.

It goes without saying that you’ll have to immediately tighten all the loose blades with a screwdriver.

Ceiling fans can begin to wobble due to many different reasons. As explained above, the most common reasons include the accumulation of dust in the fan’s engine housing and on its blades, as well as broken, warped, and loose fan blades.

Here are a couple of other, not-so-common causes:

When the electrical boxes are not flush with the ceiling, they can cause ceiling fans to start rattling and wobbling.

This typically takes place when an electrical box has screws that have become worn or damaged in some way. The box can also become loose over time and cause your ceiling fan to wobble. Finally, this kind of issue can also occur in the case of an improperly installed electrical box.

One very common issue with DIY-attached ceiling fans is the improper ceiling support.

It is of crucial importance to ensure that the fan’s electrical box is hefty enough to support the weight and the size of this appliance. If it’s not, it won’t only cause the fan to wobble but also to eventually fall off and injure someone in the room.

Does your ceiling fan have a downrod? If so, this downrod almost certainly has a ball socket at its top.

This part is typically located inside the fan’s hanging bracket. Those who keep their fans running at all times should keep in mind that this can cause the ball socket to shift to the side of the mounting bracket housing, which will almost always cause the fan to wobble.

How Much Are The Ceiling Fans Supposed to Wobble?

As I mentioned above, it is completely normal for a fan to move slightly when it’s in operation. It shouldn’t move more than ⅛ of an inch when it’s being used at a high speed, though.

If it does, it’s wobbling more than it’s supposed to. In other words, something is messing up the unit’s balance – whatever it is, it should be fixed sooner rather than later.

Why Do These Appliances Make a Humming Noise?

The thing that causes the well-known “humming” sound produced by a ceiling fan is the vibration of its engine. If you decide to use your appliance at a higher speed, this noise will usually become louder.

A lot of the modern ceiling fans typically feature parts that decrease the amount of noise produced by the motor’s vibrations. However, just like all other parts of the fan, these can fail as well.

Here are some of the most common culprits behind the humming noise produced by the ceiling fans:

In case your appliance makes a very loud humming noise regardless of which setting you’re using it at, the screws on its engine housing are probably loose.

To solve this problem, simply tighten all of the screws on the housing with a screwdriver.

Loose Parts in the Electrical Box

An electrical box whose screws are not properly secured can cause a ceiling fan to produce a very loud humming noise.

This kind of issue can pose a very serious safety risk and needs to be fixed as soon as possible. Inspect the area where the engine housing meets the electrical box. Look for loose or protruding screws and tighten them with a screwdriver.

Imbalance of the Fan Blades

Another thing that can throw the ceiling fan off-balance and cause it to produce a very loud noise while in operation is when its blades are warped or damaged.

The solution to this problem is an obvious one – you’ll have to closely inspect the blades, determine which ones are causing the imbalance, and then replace them.

The light kit can start to vibrate and rattle due to its screws being loose. To fix this, take a closer look at these screws and ensure that they are properly secured to the base.

Tightening every screw as much as possible is not recommended, as that can cause the glass light kit to crack. Just make sure that each screw is securely held in place.

In most cases, fixing a wobbly ceiling fan isn’t that difficult – one only needs to inspect the engine housing and the blades to discover the source of the imbalance.

In case you’ve tried out all the solutions listed in this article but still can’t manage to stop the wobbling, your best option would be to hire an expert and have them solve this problem for you. 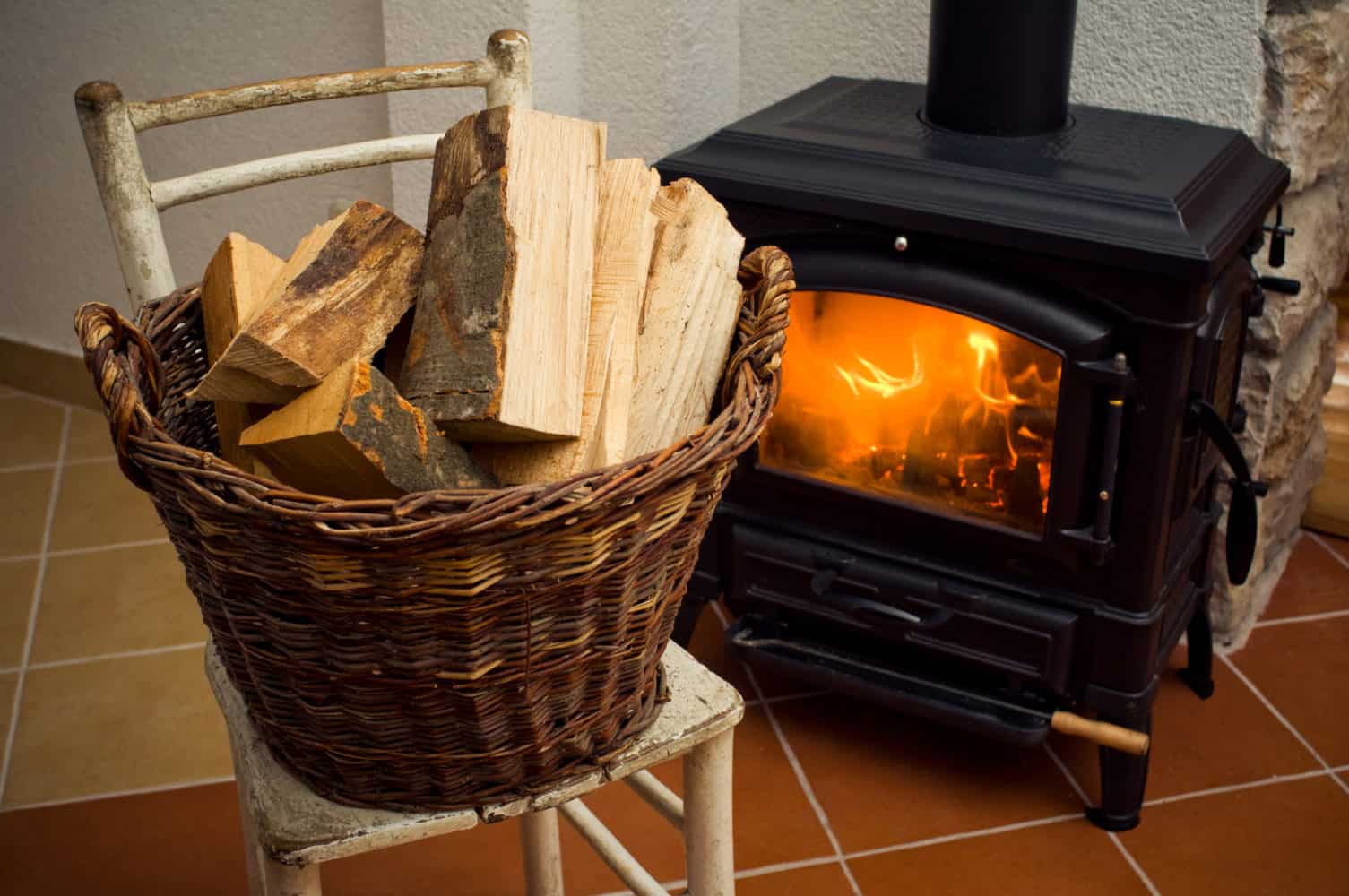 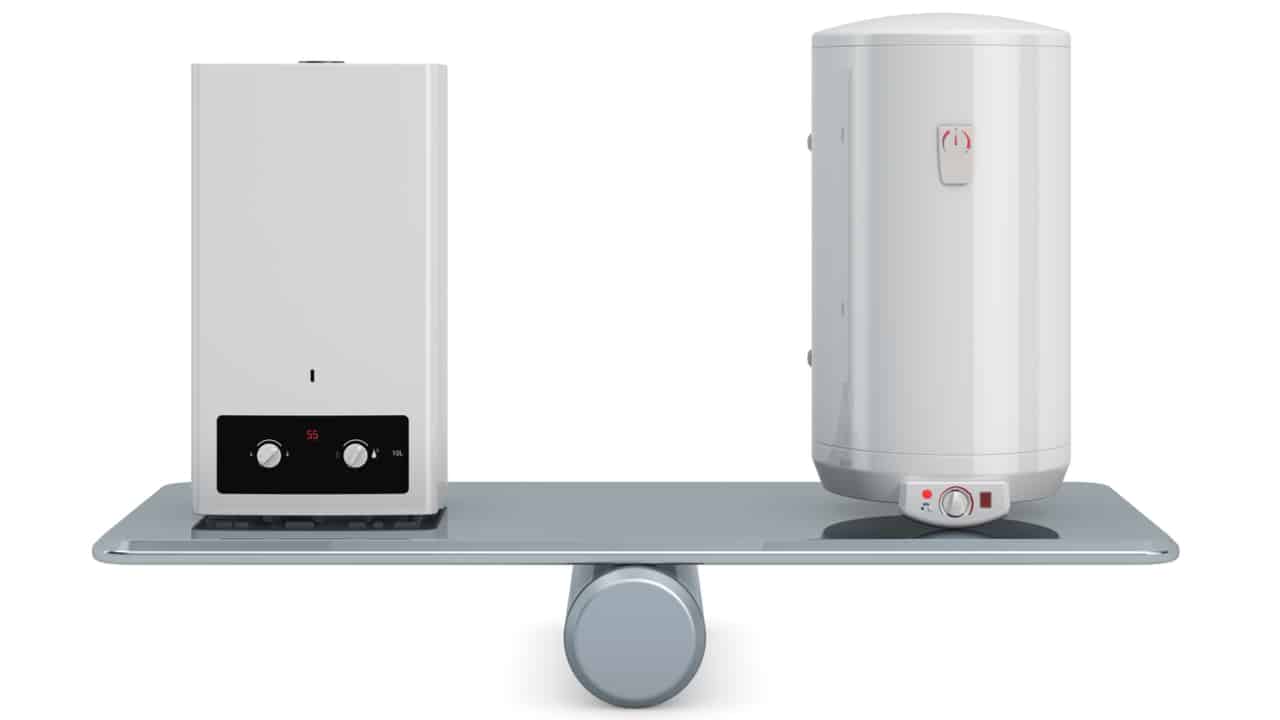 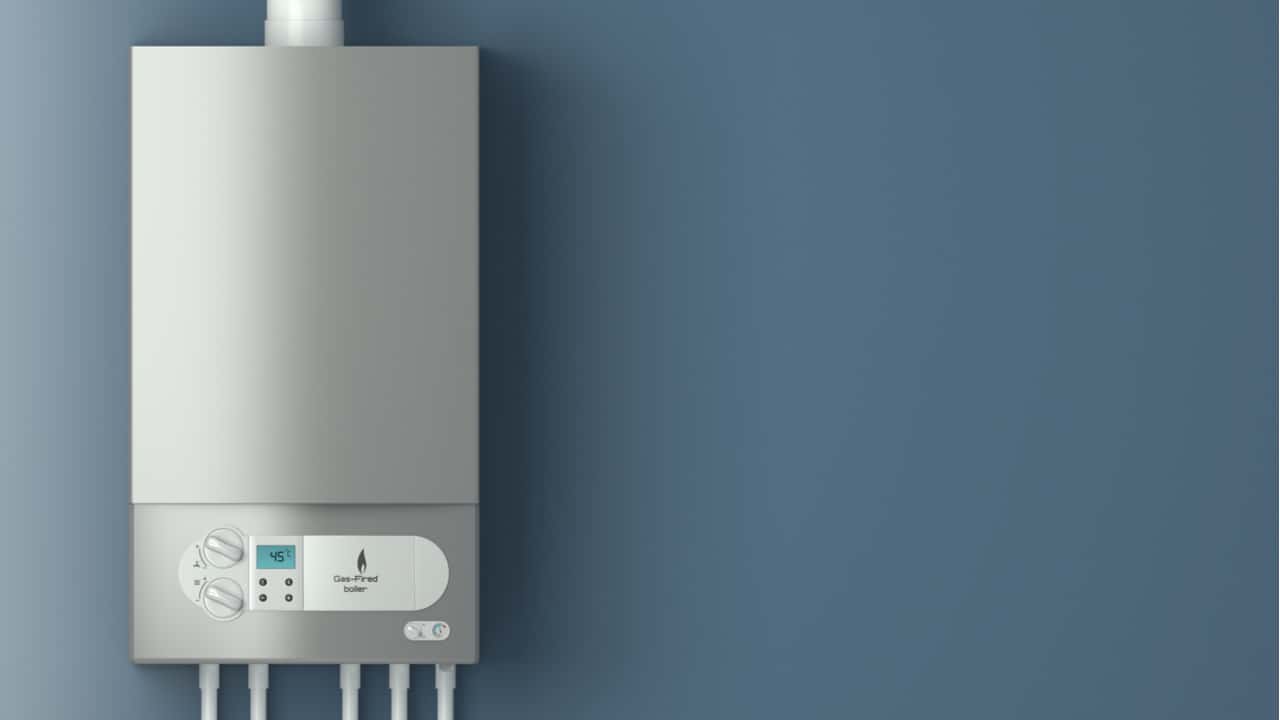 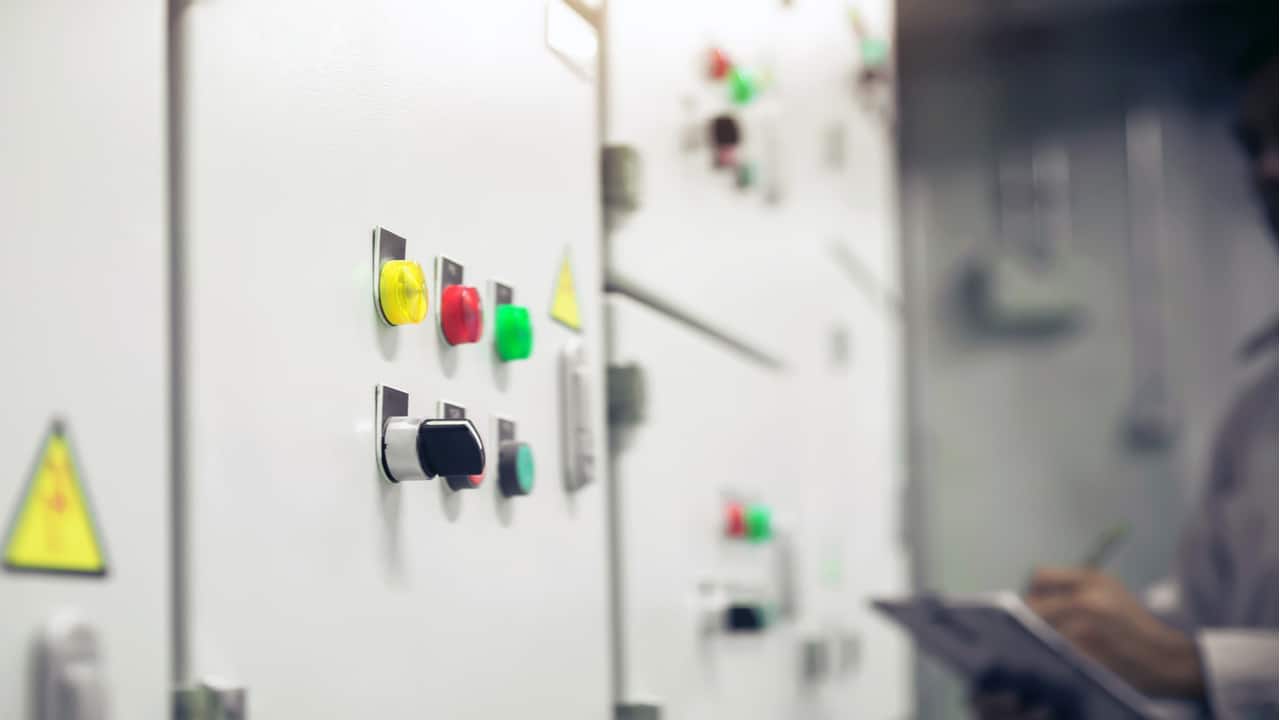 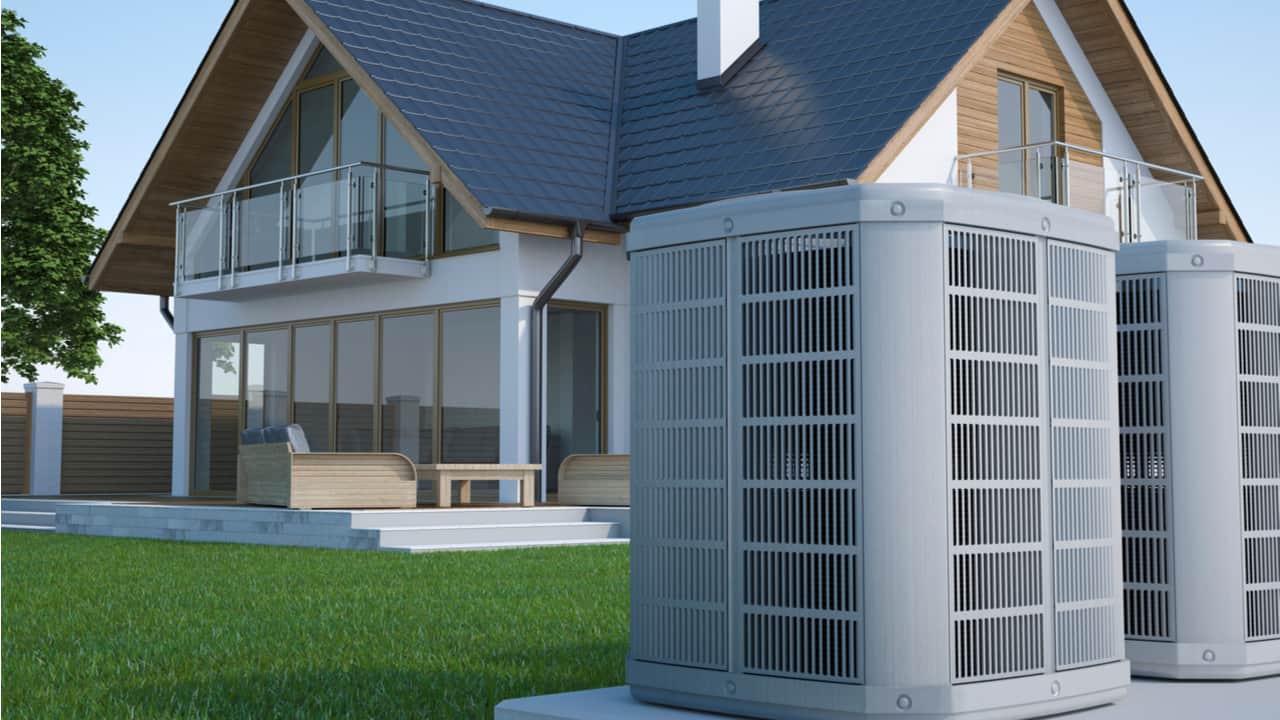 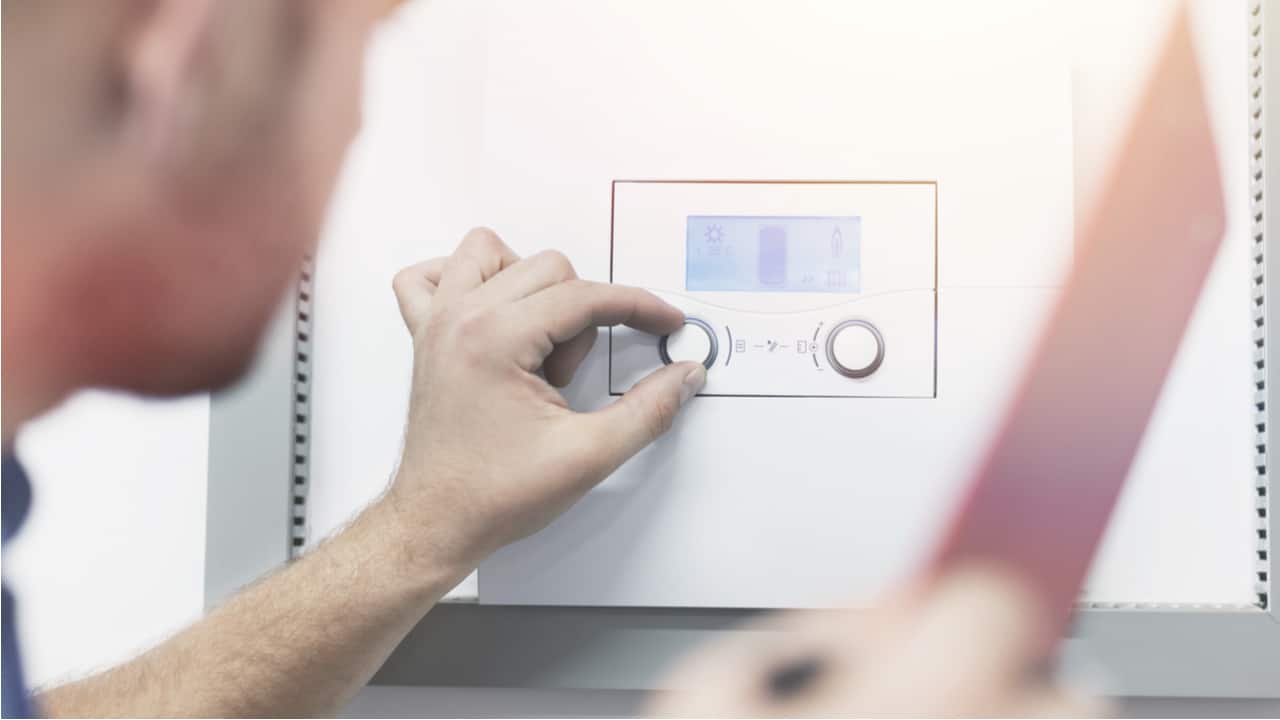