When you’re visiting a new city, the design of its buildings is undoubtedly one of the first things that will capture your attention. Remarkable buildings usually become landmarks that define a certain place. What’s more, they can be used as windows that allow people to look into the culture and art of the period during which these structures have been erected.

If you often find yourself unable to determine the exact architectural style of beautiful buildings all around the world, keep reading. In this article, we’ll be taking a closer look at clues and unique features that can help you identify 10 of the world’s most influential architectural styles. 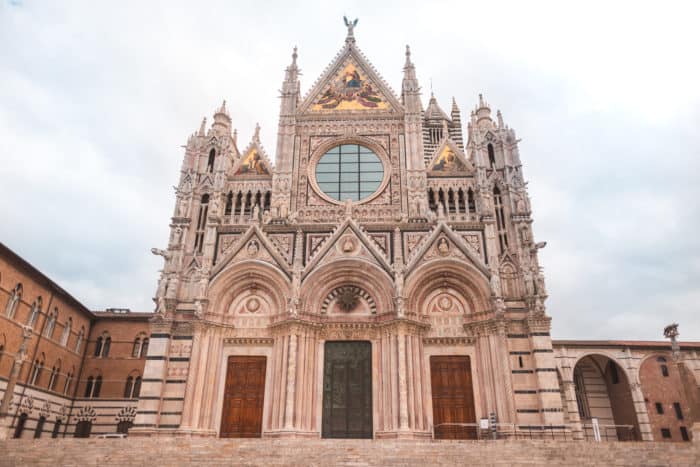 Gothic architecture had its beginnings in the 12th century when it was known as “French Work” (Opus Francigenum). When compared to most other architectural styles, the Gothic style has more decorative techniques and plans. It is mainly related to medieval religious buildings of Europe, i.e. churches and cathedrals with rib vaults and ogival arches.

In simple terms, this style is all about reducing the overall weight while increasing the height. In order to achieve this, columns were built slender and the walls were built thin. One particularly recognizable feature of Gothic buildings is the presence of eye-catching stained glass on the windows.

Out of all the Gothic buildings in the world, none are as famous as the Notre Dame Cathedral in Paris. Other examples include Westminster Abbey (London), Duomo di Milano (Milan), and St. Vitus Cathedral (Prague).

As its name suggests, this architectural style refers to buildings that were erected during Queen Victoria’s reign (1837-1901). Unlike most of the other styles on our list, this one is actually a combination of other styles and often includes Tudor, Romanesque, and Gothic elements.

A lot of homes in the UK, Australia, Canada, and the US were built in this style. One unique feature that these residential houses share is the so-called “Dollhouse” look – a Victorian home will often have elaborate trims and asymmetrical designs and be painted in vivid colors.

The best examples of this architectural style can be found in the capital of Victoria’s vast global empire – London.

Originating in Italy, Baroque is a dramatic, emotional architectural style that was designed to appeal to all of one’s senses. Structures built in this style often include convex and oval elements that suggest motion.

Another key feature of this style is distortion. When observing the exterior or interior of a Baroque building, you will often notice figures that are elongated, broken, or manipulated in some other way in order to make them stand out.

The most famous example of Baroque architecture is undoubtedly the Palace of Versailles in Paris, which was the principal seat of French monarchs from the late 17th century up to the French Revolution. Other famous examples include the Schönbrunn Palace in Vienna and Santiago de Compostela Cathedral in the Spanish city of the same name. 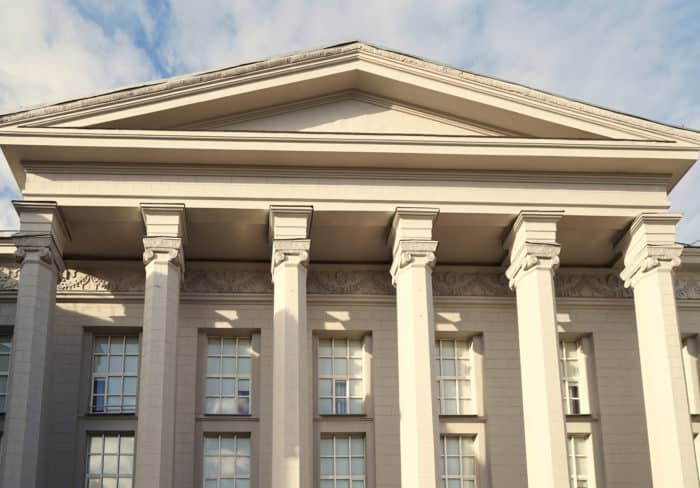 This style is defined by massive buildings, free-standing columns, uncluttered appearance, as well as clean, elegant lines. Symmetry and simplicity are its core values.

Some of the most famous examples include the Buckingham Palace in London, Panthéon in Paris, as well as the Capitol Building and the White House in Washington, D.C.

During the course of history, Islamic architecture was and still is one of the most culturally important typologies. The structures built in this style feature elements that reflect Muslim morals and beliefs, but they also serve as centers for social and community services.

Although there are many monuments and palaces built in this style, there’s no better example of Islamic architecture than a mosque. These places of worship often include elements such as perforated screens, geometric ornamentations, and pointed arches. Decorations are typically found on flat surfaces – three-dimensional representations are forbidden in Islam.

The most famous piece of Islamic architecture is undoubtedly the Taj Mahal. Other examples include the Dome of the Rock in Jerusalem, the Alhambra in Granada, and the Friday Mosque in Isfahan.

The Bauhaus was actually an art school that operated in Germany in the 1920s. It became world-famous due to its unique approach to design – the strive to combine everyday function with simplistic aesthetics.

The architectural output of Bauhaus resulted in buildings whose design rejects details in favor of function. This translates to flat roofs, cubic shapes, and clean colors. In Bauhaus architecture, less is more – it’s as simple as that.

Some of the most famous examples of Bauhaus architecture include Bauhaus Studio Building in Dessau, Seagram Building in New York, and the White City in Tel Aviv, Israel.

This style places emphasis on geometry, proportion, and symmetry, which is demonstrated in its use of hemispherical domes, semicircular arches, and orderly arrangements of pilasters and columns. Many Renaissance architects analyzed and reconstructed ancient plans to serve new purposes – a good example is the lack of huge baths often built by ancient Romans.

No Renaissance-style building in the world is as famous as the St. Peter’s Basilica in the city-state of Vatican. Designed by Michelangelo, it is one of the greatest structures of its age and the largest church in the world.

The Tudor architectural style is an awkward term, as it includes both the brick-made buildings (such as Hampton Court Palace) and buildings featuring “post-and-beam” or timber framing construction (such as Anne Hathaway’s Cottage).

When it comes to brick-made palaces, some common characteristics include large displays of glass, tall brick chimneys, curvilinear gables, and hammer-beam roofs. The houses of ordinary people, on the other hand, were timber-framed and featured elements such as inglenook fireplaces, dormer windows, and steeply pitched roofs.

Besides Hampton Court Palace and Anne Hathaway’s Cottage, other examples of Tudor architecture include Wollaton Hall in Nottingham, Little Moreton Hall in Cheshire, and Hardwick Hall in Ault Hucknall.

Structures built in this style often feature rows of rounded arches and lots of decorative arcadings but are still relatively simplistic when compared to Gothic structures that followed them.

The most famous Romanesque buildings include the Leaning Tower of Pisa and the Pisa Cathedral next to it, as well as the Canterbury Cathedral in Canterbury, the Abbey of Saint-Étienne in Caen, and others. 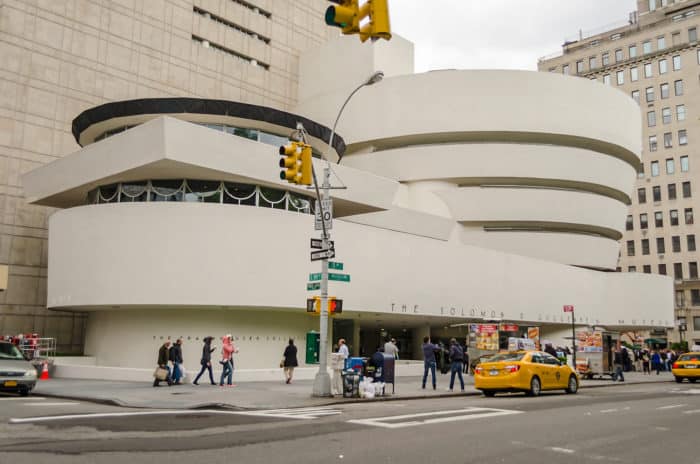 “Modernism” is actually an umbrella term that can include styles such as New Classical, Post-modern, and Futurism. What most of these styles have in common is an embrace of minimalism, sustainable architectural design, and the use of new, innovative technologies. Nowadays, when we talk about modern and innovative technology used in the interior, we can certainly think of smart technologies. See our post on the top ways to turn your home into a smart home for more information.

When people talk about modernist buildings, they usually think of those from the mid-20th century, like the Sydney Opera House. These structures honor the materials that were used in their construction instead of concealing them. They typically focus on simplicity and feature no unnecessary details.

Besides the already-mentioned Sydney Opera House, other examples of modernist architecture include the Guggenheim Museum in New York, the Munich Olympic Park in Munich, as well as the entire city of Brasilia, Brasil. 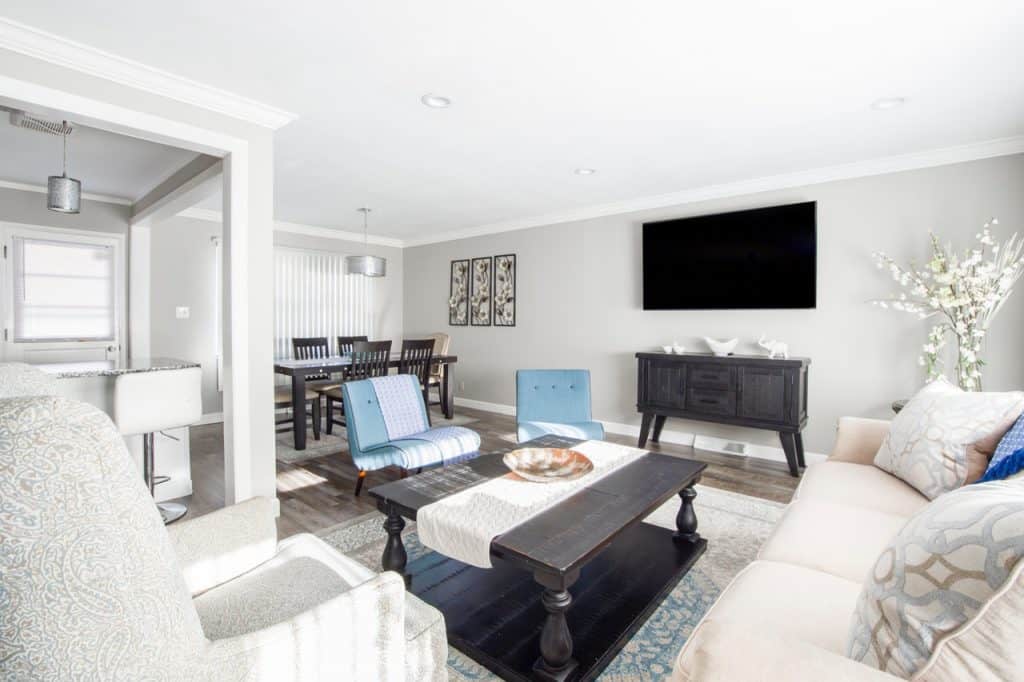 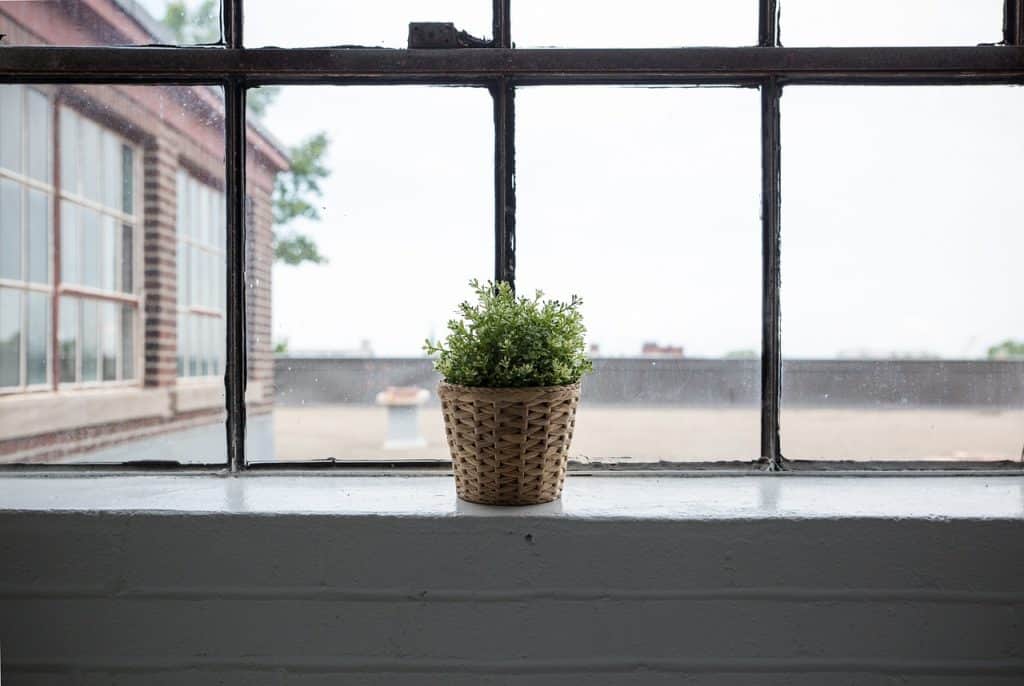 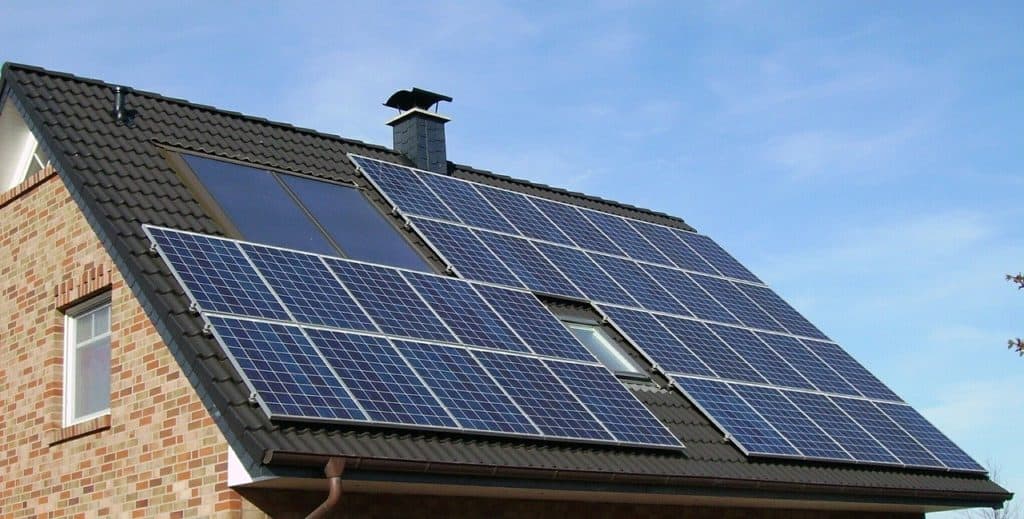 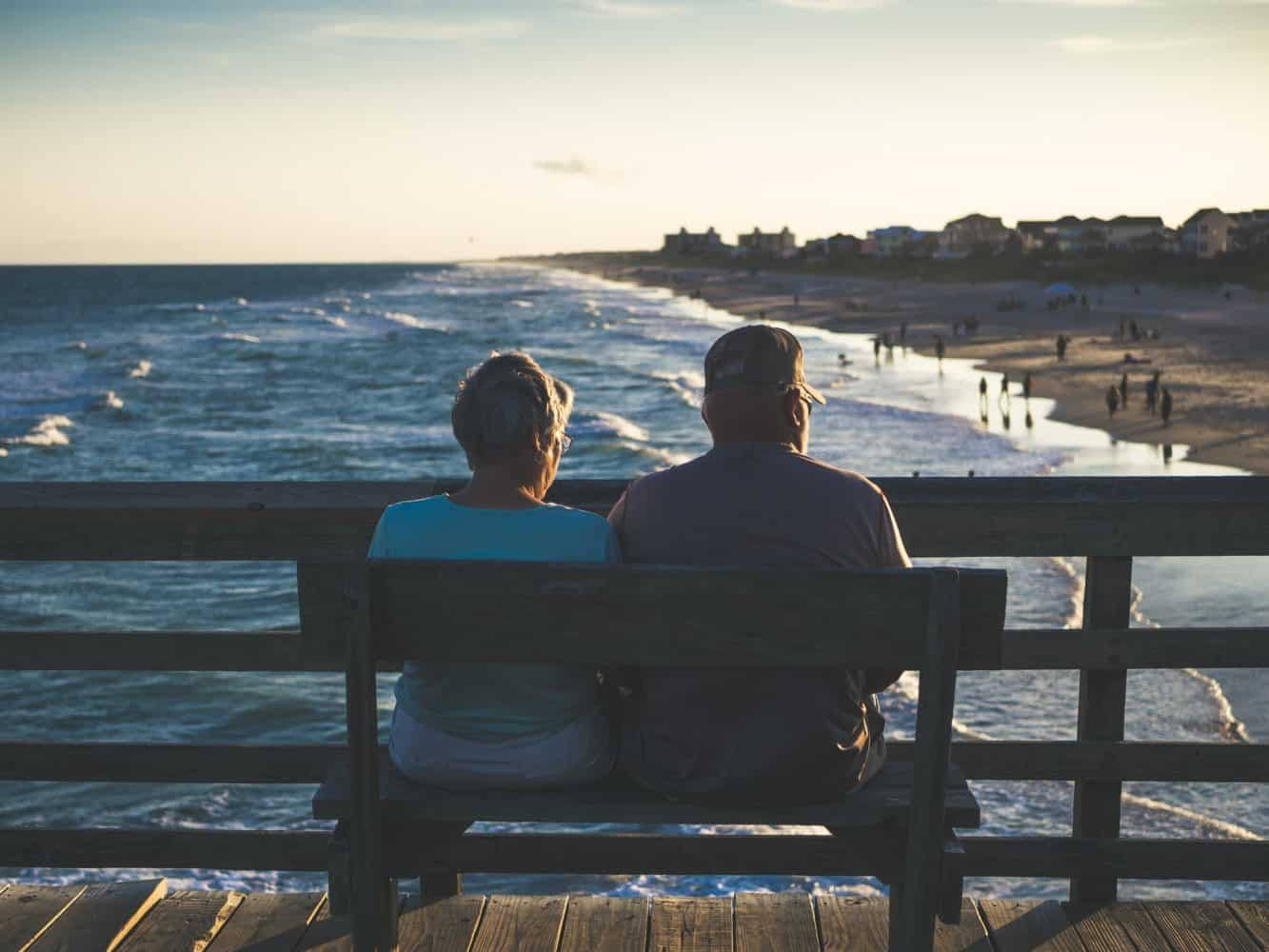 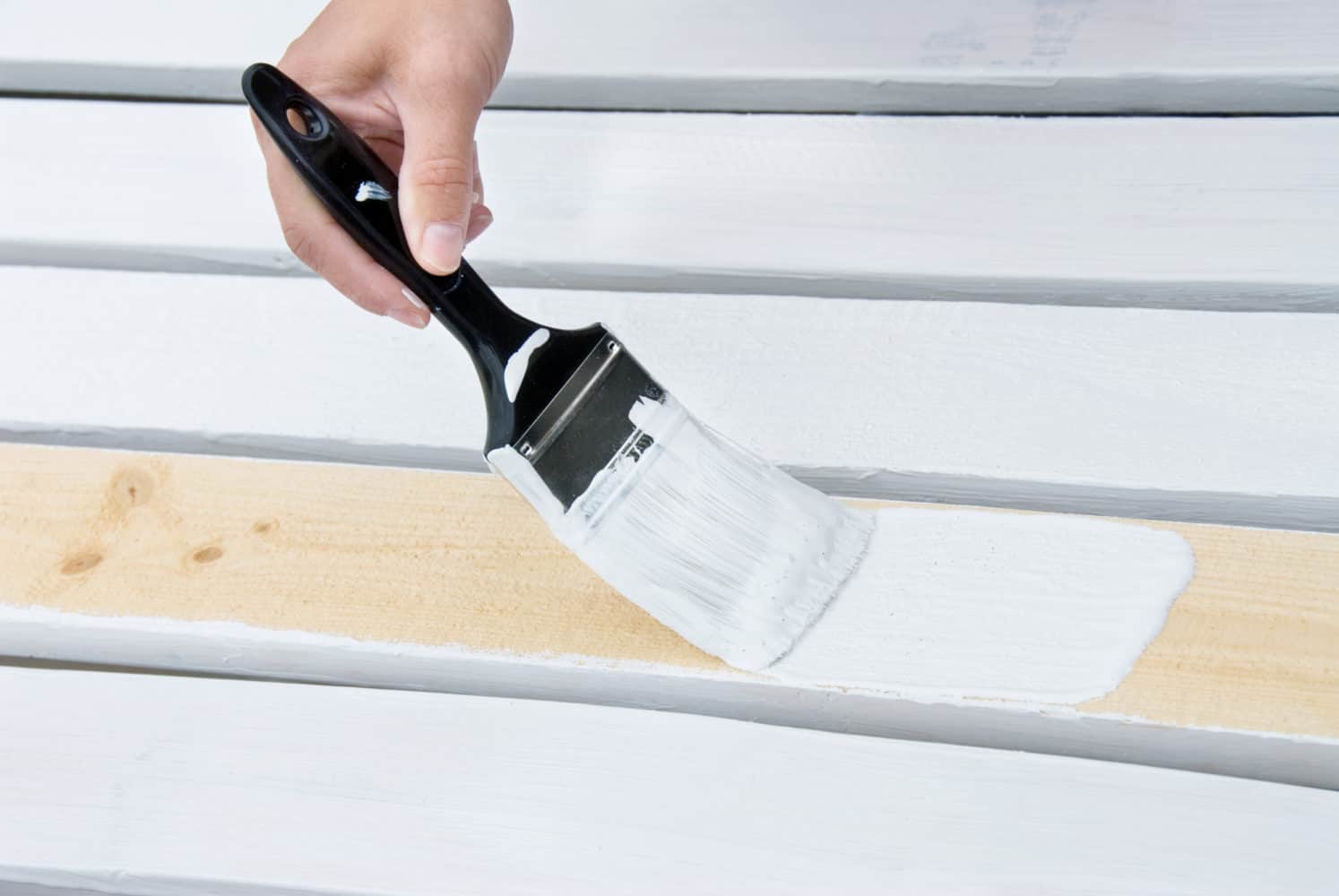